For more than 25 years, MIKROTECH has been a pioneer of turning and milling technologies

Training of the first Slovakian workers in Germany at the Hacker Feinmechanik site in Offenberg-Neuhausen.

Official foundation of MIKROTECH s.r.o.
The first CNC machines are set up at rented premises and serial production is launched. All products were produced exclusively for the parent company Hacker Feinmechanik.
Apart from mass production, used machines are repaired and refurbished: lathes, milling machines and grinding machines.

A milestone in the company history: turnover exceeding EUR 1 million.
Start of first deliveries to local customers and relocation of production to new leased premises of 1,000 SQM.

With growing production, the production area now exceeds 1,500 SQM.
High demand for grinding technology leads to an extension of manufacturing capabilities: a department specializing in surface grinding is set up.
Purchase of the first CNC milling centre CHIRON.

The company now employs 50 coworkers. Once more, the production area is extended, this time to 2,000 SQM, a significant sign for future growth.
MIKROTECH celebrates its 10th anniversary.

Constant growth of our production leads to an expansion of the production area to 3,400 SQM and 1,300 SQM of administration premises, where the first assembly subgroubs are being installed. 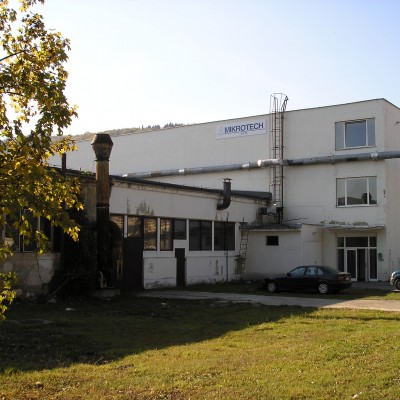 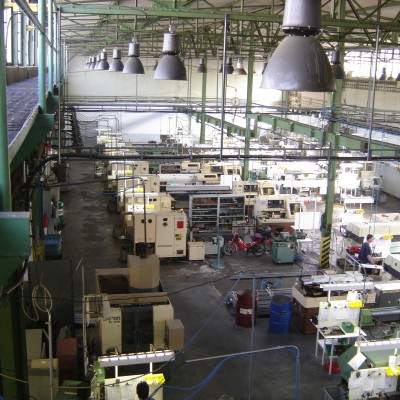 Turnover hits EUR 4 million and, after almost 15 years in business, MIKROTECH's production facilities become property of the company.
The Babtec quality management software is implemented to increase the company's standards as well as quality and tracking opportunities of all orders.

The stabilization process in the post-crisis period leads to major investments in new, progressive turning technologies. The production processes are concentrated more and more on the machining of complex parts.

Continuing investments and expansion of the turning, milling and grinding departments. By purchasing a new hydrocarbon-based ultrasonic cleaner, packing and shipping processes were significantly improved.

The quality department is strengthened by a new optical scanner - TESA Scan and contour measuring equipment by MITUTOYO, both ideally suited for rotary parts.
The year of Mikrotech's 20th anniversary also generates record sales, this time of EUR 5 million.

Company revenues exceeded EUR 6 million and Mikrotech is now proudly certified by the standards of the ISO 9001: 2015 quality norm.
We have increased our capabilities for Swiss turning up to a diameter of 38 mm by purchasing and installing the latest STAR swiss turning models.

Mikrotech s.r.o. celebrates its 25th anniversary: 1994 - 2019.
We have again increased our capabilities for Swiss turning up to a diameter of 38 mm by purchasing other STAR swiss turning models.

The year 2020 is associated with the spread of Covid 19 worldwide. The disease also affected Mikrotech. The company operatively introduced measures against the spread of the disease on the company's premises - mandatory wearing of masks, disinfection of hands, restriction of personal contacts of employees, ... Despite staff failures, the company met delivery deadlines without significant delays.